Brand of conception and French innovation, open platform to the inspiration of designers, Sismeek places the artists and the design at the heart of its identity.  Sismeek represents the meeting of watchmaking and design. Founded on values of uniqueness and demand, it is a mixture of aesthetic revival and technical innovation.  More than a watch, a Sismeek reflects the union with the artist’s universe, the elegant print of a discreet refinement. As Sismeek considers the watch as a support to the visual creation, they imagined watches with interchangeable straps. The graphics of the dial agrees with several straps of various colours and materials. In just a few seconds, the strap is changed; a new watch is created.

Inspiration & Creation
A pencil, a blank sheet and especially Sismeek’s philosophy; it’s through the designers’ hands with whom Sismeek works that the faces of watches, the original works, are drawn. These Watches transport us into a universe of design, timelessness and watchmaking renewal. At the beginning a sketch, this is the foundation stone of the designer, the creation genesis of a new object – it is the designer’s primary means of expression.  The sketch puts into perspective the ideas, emphasizes the function and allows a new concept to emerge laying a foundation for an accurate and careful work.  The watchmaker will then help to transform the sketch into a technical drawing allowing the object to be shaped and manufactured.

Leaving the workshops, each original Sismeek work is already full of meaning and history. It allows its owner to express a part of himself while joining him with the creative world of the designer.Each Sismeek watch is the result of a collective effort involving watchmakers, designers and engineers.  Together, they combine their talents to create surprising new timeless products.

Manufacturing & Quality
Sismeek carefully thinks each production stage through to offer the best quality to its products, making it wearable in every moment. Sismeek watches offer high quality manufacturing and finishing, according to tradition of Swiss watch making. The movement is manufactured and assembled in Switzerland. Between each stage of production and assembly, each piece is subjected to strict quality control to ensure the technical and aesthetic conformity. At the exit of the workshop, all watches are again subjected to a final quality control and then numbered.  Each watch becomes unique and can then write its own story. By selecting the best players in the sector – the suppliers of the largest global watchmaking brands, Sismeek joins the highest standards of quality.

Sismeek it is not only a brand it’s a whole universe, a community, a creation platform. A Sismeek watch is the outward sign of the communion with the artistic world of the author.

LX ONE
“LX ONE” is one of the French artists Sismeek chose to propose a design watch collection. An artist who plays with shapes, space, colors and materials. The collaboration between Sismeek and LX ONE is an offshoot of an ambition to revolutionize the watch and to renew the perception and the visual approach of a dial, of an aesthetic, so that an everyday object transports us into another dimension.

LX ONE explores the pixel, the tiny – he looks for the basic shapes, the skeletons of colors. He expounds around the edge of the geometry: the forms noise, a system of tension in free space, a response to our architecture, urbanism and design.

Inspired by tradition of graffiti, he gives us the illusion of a three-dimensional plastic that confuses and attacks the vision – cell structures, axonometric cubes, un-assignable volumes and the ambiguity of the form itself. This alternative mode of visual perception evokes successfully the movement, the light and the shadows. Through colour changes and its illusory character, unreal spaces are created and allow the spectator to interpret in his own way the real. In his theatre of reality, the world has no limits.

ARRO STUDIO
Product of Erik Arlen’s and Ludo Roth’s crossed imaginations; ARRO Studio contemplates the design in a global way, and carries a wide variety of projects. The encounter of Sismeek and ARRO Studio was a challenge. It allowed Sismeek to incorporate a matrix composed of purity and balance. Two collections have emerged from their work allying precision, accuracy and finesse.  These collections are characterized by an innovative, pure and timeless design.

Improvisation and unstructured inspiration: their conception of aesthetic and functioning in perpetual motion reflects Sismeek’s ambition of combining high precision of watch making and inspirational freedom. From a do-it-all generation, both designers feed, confront and clarify their ideas by placing the interaction and the discussion in the center of their creative process.

They both strive to take a responsible look at what surrounds us. The association between Sismeek and ARRO Studio is primarily a gathering of passionate creators to give birth to watches with clean lines and a timelessness character. 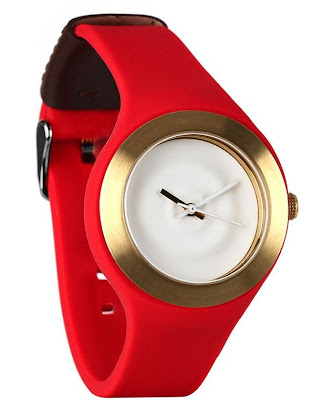 LOS PATOS
Los Patos is a dynamic creative duo formed by the Spanish Inés Iglesias and the Italian Matteo Mastronardi. Both are art directors, motion and graphic designers, typographers and illustrators. Their goal is to make people happy with their colourful, exciting, fresh and unexpected «visual happiness». This versatile and complementary designer duo is one of the currently most demanded artists in the market.

Through each collaboration, Los Patos surprised by their originality and ability to express their creative for each project.  They have this natural ability to create a friendly atmosphere and share their positive vibes. A state of mind that Sismeek and its designer watches could not ignore. The ambition to create a watch able to accompany men and women over time through a creative World and a new vision motivated this association.

Los Patos was inspired by its video performances, usually made in the hottest clubs in Europe, to achieve these two new models. Their goal is to create a unique atmosphere around the product, an unexpected feeling of freshness, of artistic originality.

The surprising, vitaminized and stimulating universe of Los Patos made this real artistic and aesthetic innovation possible.

C-REEL
Sismeek brought together the world of watchmaking and the one of C-REEL to give birth to a designer watch, treading new grounds and giving this collaboration a strong creative dimension.

In 2006, he founded Patchwork Studio, an atypical digital agency, and worked for Because Music, Nikon, T.Leclerc and Studio Canal. In 2010, he founded the house Heritage Paris, which makes custom bikes, made in France and guaranteed for life. The conciliation between C-REEL and Sismeek worlds has proved to be a no- brainer. It is the meeting of the worlds of bicycle and watch making to provide original design watches. It is also the sharing of the same passion, the one for the manufactured objects, which are created and shaped to accompany us every day. Cyril Saulnier aka C-REEL always liked to create brands and products that reflect himself.

This website uses cookies to improve your experience while you navigate through the website. Out of these, the cookies that are categorized as necessary are stored on your browser as they are essential for the working of basic functionalities of the website. We also use third-party cookies that help us analyze and understand how you use this website. These cookies will be stored in your browser only with your consent. You also have the option to opt-out of these cookies. But opting out of some of these cookies may affect your browsing experience.
Necessary Always Enabled
Necessary cookies are absolutely essential for the website to function properly. This category only includes cookies that ensures basic functionalities and security features of the website. These cookies do not store any personal information.
Non-necessary
Any cookies that may not be particularly necessary for the website to function and is used specifically to collect user personal data via analytics, ads, other embedded contents are termed as non-necessary cookies. It is mandatory to procure user consent prior to running these cookies on your website.
SAVE & ACCEPT
Go to mobile version
%d bloggers like this: